By Florian Neumayr and Kajetan Rozga

The recent addition of a transaction value threshold warrants closer scrutiny of merger filings in Austria, but it need not cause a rush to file every deal that appears to meet its requirements on paper. In this article, Florian Neumayr and Kajetan Rozga talk about how to hit the sweet spot of avoiding a needless filing while being discerning enough not to trigger a costly failure-to-file proceeding. The lessons learned may prove useful not only in navigating Austrian merger control but also in informing the broader debates over whether to implement similar thresholds in other jurisdictions such as the EC.

In late 2017, Austria (along with Germany) adopted a transaction value merger filing threshold. Some deals in innovation sectors like tech and medical were not getting triggered by the one-size-fits-all classic threshold based on turnover. A threshold based on transaction value was added to screen for competitively significant deals with big price tags despite a Target’s low (or lacking) turnover.

But what does all that mean in practice? In this article, we talk about how to spot transactions that require a filing under the threshold—and how to avoid unnecessarily filing ones that do not. We end by providing a more detailed background on the value threshold, including the authorities’ guidance on its application.

Practice points for the value threshold

Since few merger control matters go through a merits proceeding in Austria, there is little “case precedent”—especially so for the relatively new value threshold. And EC precedent—often relied on by the Austrian authorities for market definition—is of no help since the EU does not have such a threshold of its own. So the local practitioner’s perspective can be particularly useful. Below are some practice points from our experience in such “transaction value” deals.

Screen all transactions for the value threshold

Ostensibly, the value threshold was created to capture deals in sectors (such as tech) where turnover may not be a good indicator for the Target’s competitive significance. But since the threshold is sector-agnostic, in practice it also captures deals of a more “traditional” variety. There is simply no shortcut for screening all transactions to make sure a filing is not required by the value threshold. Though it still makes sense to start by screening for the classic threshold, which casts a wider net and is less forgiving (for reasons discussed below).

The transaction value threshold did not open the merger filing floodgates. Historically close economic ties and closely aligned enforcement priorities with Germany mean that Austrian authorities do not want to be the lone regulators reviewing a transaction value-based filing unless the deal could meaningfully impact a domestic market. So while Austrian authorities are strict in applying the classic turnover threshold, they seem more flexible in applying the value threshold. Their main lever for exercising judgment is the test’s subjective third prong requiring “significant domestic activity”.

The authorities have provided guidance on the third prong (as discussed in detail below) and, in practice, there is a wide range of outcomes—making the third prong fertile ground for advocating against the need for a filing. When the Target has no domestic turnover, it appears that there must be significant other indicators. So, for example, late-stage clinical testing sites and the ability to market in Austria with a Europe-wide license may not pass the test if the Target has no domestic turnover and has testing sites elsewhere. But the presence of even low domestic turnover (if it accurately reflects market realities) seems to swing the balance heavily in favour of finding domestic activities, such that few other indicators are required.

Counsel familiar with how the activities prong is applied in practice may help avoid some filings.

The “effects doctrine” will not prevent a filing

In some cases, it might make sense to file in order to get the certainty of knowing that the clock is running on the authorities’ review.  Otherwise, an unexpected last-minute filing (followed by a four-week review period) could spell trouble for the deal. Conversely, if deal consideration drops below the threshold, it might be an option to withdraw a notification. All of these eventualities should be monitored post-signing, and some may even need to be accounted for in deal negotiations.

Even though they have similar thresholds and published joint guidelines (as discussed below), there are important differences between Austria and Germany. For example, the value of consideration required in Germany (€ 400 mn) is double that of Austria (€ 200 mn). In Germany, turnover of less than € 5 mn by the Target (if adequately reflecting its market position and competitive potential) will not establish significant domestic activity; in Austria, no strict threshold exists (though turnover of less than    € 500,000 will “routinely” be deemed insufficient absent other factors demonstrating a nexus to the Austrian market). And whereas a domestic location will not establish a local nexus to Germany, it is presumed to do so in Austria.

Compounded by other differences, it is good practice to screen each jurisdiction separately.

Takeaways from the threshold in practice

Against a backdrop of active enforcement of gun-jumping or failure-to-file cases, the addition of a threshold based on transaction value means that Austria requires close scrutiny when screening jurisdictions for merger filings. Fortunately, with support from effective local counsel, this need not result in a rash of filings.

In comparison to the far-reaching turnover threshold, the transaction value threshold appears to be more restrained in practice. By relying on its qualitative aspects—particularly the requirement that the Target has significant domestic activities—transactions that appear reportable may not have to be. Sometimes, a judgment call can be made without regulators’ input. Other times, it may be better to engage in pre-notification discussions or to submit a precautionary notification. The best path is deal and client-specific. But getting sound advice from local counsel could avoid a filing fee, reduce outside counsel expenses, and avoid unnecessarily burdening the client who, even in “short form” Austrian merger notifications, must provide quite a bit of information.

The mechanics of the value threshold

Under Austria’s transaction value-based threshold, a notification is required if:

Other than halving the required Austrian turnover (as compared to the classic threshold), the value threshold’s first prong is governed by the well-grounded precedent of the classic one. The third prong resembles a pre-existing “effects doctrine” but it is not applied in the same way (as discussed above). As for the second prong, it is a new concept entirely.

The authorities’ guidance on the threshold

The Austrian authorities (in conjunction with their German counterparts) released a Guidance paper in 2018, summarised below.

“Consideration” is very broadly defined and must account for any closely connected transactions. It includes any payment made (cash or security), asset exchanged (including intangibles like licenses), or interest-bearing liability assumed by the Acquirer. It includes payments for non-competition commitments and future conditional payments (such as an earn-out or other payment conditional on financial performance). In joint ventures, it includes any capital or assets the parents contribute.

The notification must provide the current value of the consideration and explain how it was calculated. Company management (and attached valuation reports) may be required to verify the value of illiquid assets or assumptions made when valuing future or conditional payments (such as discount rates, projected performance, the probability of events, etc.).

With respect to the test’s third prong, domestic activity—which is measured at the time of the filing and does not include future activity—must have a local nexus to Austria, have market orientation, and be significant. A case-by-case analysis is always required, but the Guidance does provide some reference points as follows:

A local nexus exists if Austria is targeted. It is usually satisfied if the Target has customers—or, for a free service, users—in Austria. A domestic physical site is another indicator. Research and development by staff located in Austria, or efforts to obtain regulatory approvals there (such as for as a drug), can also suffice.

The domestic market orientation of the Target’s activities are shown by payments made in Austria or, alternatively, non-monetary remuneration such as users of a digital service providing their data or being shown advertising. Similarly, a service currently offered for free but which later may require payment (or other remuneration) could have market orientation. The same is true of research and development of products or services expected to be marketed in Austria (including later-stage clinical trials of a drug or licenses to develop a medical device).

As to the degree of the significance of the domestic activity, the Guidance is clear that marginal activity in Austria does not trigger a filing requirement. Little is provided in the way of specifics, and the general guidance is that the activity must reflect a “high degree of economic and competitive potential.” Although there is no strict turnover threshold for showing domestic activity, if the Target has domestic turnover,      levels of € 500,000 or less will “routinely” be found to be too low to establish significant domestic effects (assuming there is no other indicator, such as a physical presence).

The Guidance also provides some specific insight into how the activity is to be measured. A physical site in Austria is one way. Turnover that accurately reflects the company’s market position is another. But if the market (or the Target) is not yet mature enough to generate turnover, domestic activity can also be measured using other indicators. In tech, that may be the number of “monthly active users” (e.g., of an app) or “unique visitors” (e.g., to a website). Where research and development is concerned, it may be the number of staff engaged, the number of patents, or the budget. As with the deal consideration, the domestic activity must be identified in the notification (and the parties should be prepared to verify that information upon request from the authorities).

Florian Neumayr (florian.neumayr@bpv-huegel.com) is Co-Managing Partner of the firm and has nearly two decades of experience in competition work, including merger control and private enforcement.

Kajetan Rozga (kajetan.rozga@bpv-huegel.com) is a Counsel in the Competition & Antitrust practice. Trained in the U.S. with a decade of government and law firm experience in antitrust practice, he represents international clients in various competition matters, including merger control.

bpv Huegel (https://www.bpv-huegel.com/en/) is a premier full-service law firm representing blue chip clients in headline matters in Austria and Brussels. Its Competition & Antitrust practice is among Austria’s largest and best regarded, having been awarded top-tier positions in the major rankings for a decade running. Its close affiliation with bpv Legal (http://www.bpv-legal.com) offices in the Czech Republic, Slovakia, Hungary, and Romania provides for seamless cross-border service in the CEE. 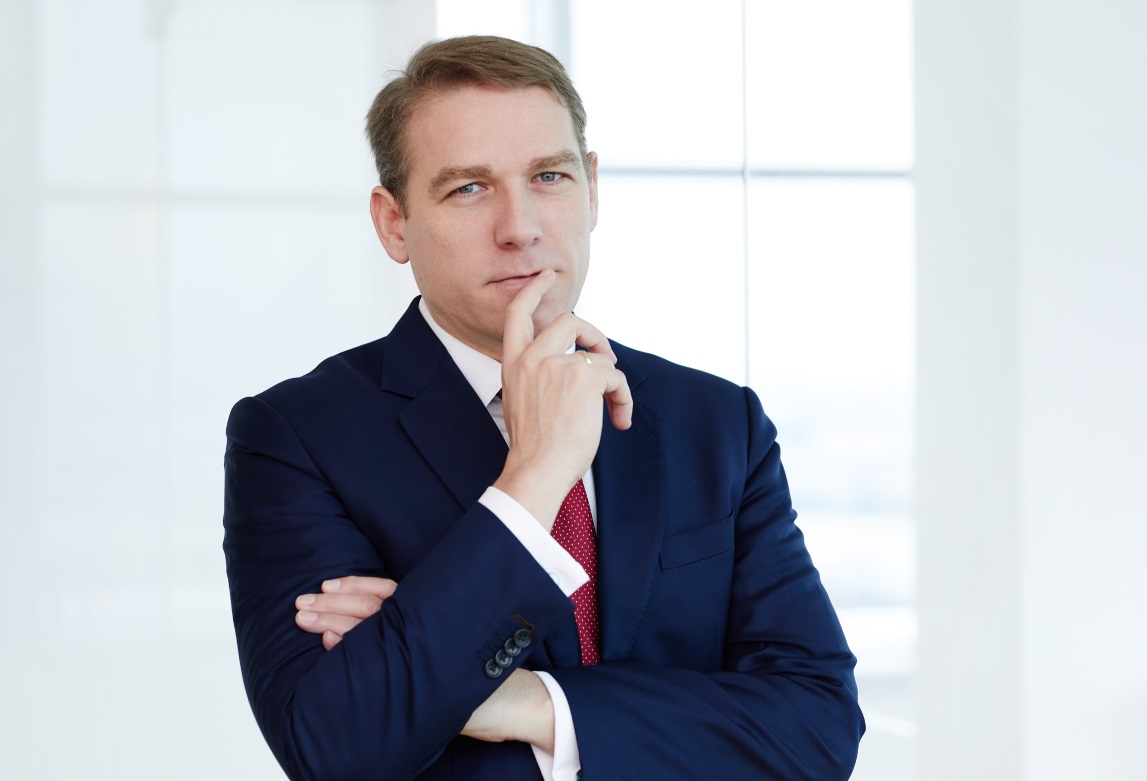 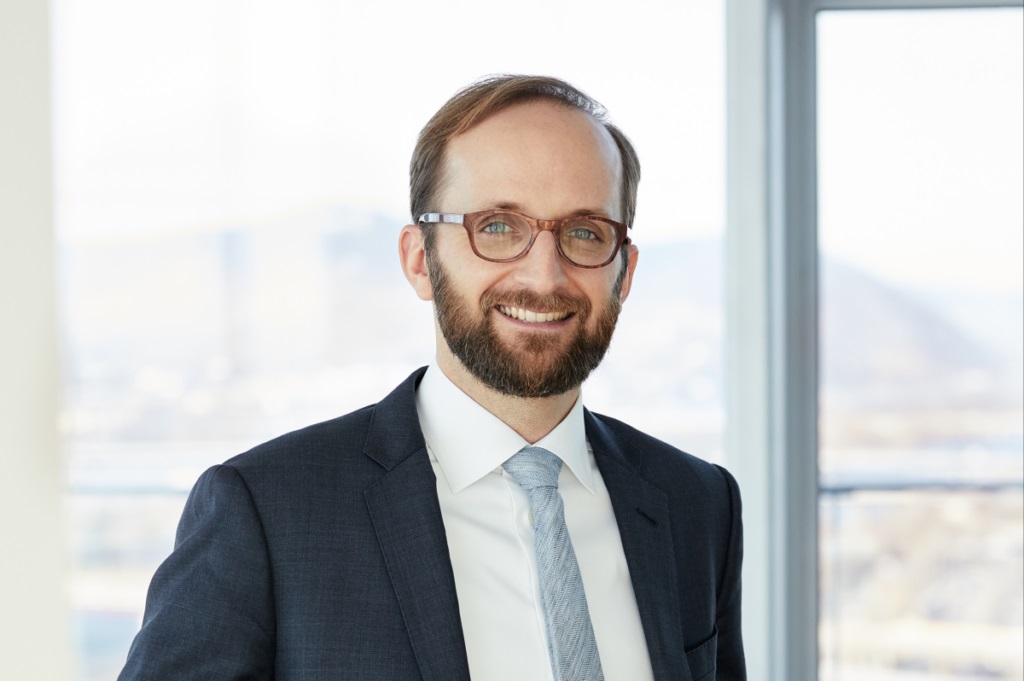