Which law is applicable and what are the essential regulations?

The measures recently announced by the Federal Government are based on the Epidemic Law 1950, Federal Law Gazette 1950/186, which dates back to a law passed in 1913. The object and aim of the law is to combat notifiable transmissible diseases. These are listed in § 1, a catalogue which may be extended by order of the Minister of Health pursuant to § 1 para. 2. With regard to the coronavirus (“2019n-CoV”), this extension has already been made by Ordinance BGBl II 2020/15, which was announced in the Federal Law Gazette on 26 January 2020. Since then, it has been possible to combat the coronavirus on the basis of the Epidemic Law 1950.

To combat infectious diseases in general and the coronavirus in particular, the Epidemics Act 1950 authorises a large number of measures. To be emphasized are:

Although the Federal Chancellor and the Minister of the Interior always appear at the relevant press conferences, according to § 51, the Minister of Health (currently: Federal Minister of Social Affairs, Health, Care and Consumer Protection) is exclusively responsible for the implementation of the Epidemic Law 1950, with very few exceptions. However, for numerous measures, such as in particular the segregation and surveillance of certain persons, § 28a provides for the involvement of the organs of the public security service, i.e. the police.

A distinction must be made between the responsibility for enforcement and the question of which authority is actually responsible for taking the measures. For example, the County Authority is responsible for taking most measures; this also applies to the imposition of quarantine and the prohibition of events. Since the Epidemic Law 1950 is to be implemented as part of the health care system in so-called “indirect federal administration” (cf. Art 10 para. 1 no. 12 in conjunction with Art 102 para. 1 Federal Constitutional Law), the Minister of Health may, however, issue corresponding instructions to the County Authorities through the State governors. In this way, for example, the ban on events with more than 100 persons indoors or 500 persons outdoors is also implemented.

In addition, the Minister of Health also has direct powers insofar as he is authorised to issue ordinances, e.g. on traffic restrictions. The Minister of Health has made numerous use of this power in the meantime, for example by allowing the closure of companies and imposing transport restrictions on public transport, landing bans on aircraft from certain countries, the suspension of train services to Italy and measures to prevent entry from risk areas. However, the temporary reintroduction of controls at the internal borders with Italy was effected by decree of the Minister of the Interior on the basis not of the Epidemic Law 1950, but of the Border Control Law.

Are such drastic measures even permissible?

Some of the measures based on the Epidemic Law 1950 are massive encroachments on fundamental rights, but they are probably justified by the particular public interest in protecting public health.

This also applies to the segregation of sick persons, persons suspected of being sick and persons suspected of being infected under Section 7 of the Epidemics Act 1950, which has also been possible in connection with the coronavirus under Ordinance BGBl II 2020/21. Although in quarantine persons may be stopped or restricted in their dealings with the outside world, these deprivations of liberty are covered by constitutional law: Both Article 5.1 lit e of the European Convention on Human Rights (ECHR) and Article 2.1 no 5 of the Federal Constitutional Law for the Protection of Personal Liberty (PersFrG) permit deprivation of liberty for an indefinite period of time if there is reason to believe that a person constitutes a source of danger for the spread of infectious diseases; hence, mere suspicion of coronavirus suffices.

However, in accordance with the requirements of Article 6.2 PersFrG and Article 5.4 ECHR, § 7.1a Epidemic Law 1950 provides that a detention must be reviewed by the locally competent district court on application by the detained person and every three months also ex officio to see whether the reason for the detention still exists.

How can one defend oneself? Are there claims for compensation?

The measures ordered in individual cases on the basis of the Epidemic Law 1950 are either notifications or so-called “de facto official acts” which, if they are unlawful, can be successfully contested before the regional administrative courts by means of a notification or complaint about the measures. Under certain circumstances, ordinances could be challenged directly before the Constitutional Court by means of so-called “individual applications”.

Of greater practical importance, however, seems to be the fact that §§ 29 et seq. of the Epidemic Law 1950 provide for far-reaching claims for compensation against the Federation:

The right to compensation is in each case independent of fault, with two points being particularly noteworthy: 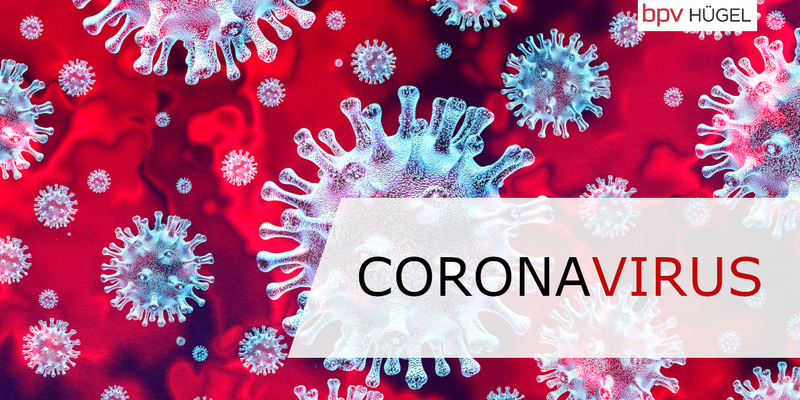