The Condominium Act Amendment 2022: (Not only) selective changes as a contribution to climate protection

The ministerial resolution amending the Condominium Act 2002 is expected to be adopted in autumn 2021, so that the amendments can be expected to enter into force on 1 January 2022. The amendment of the Condominium Act 2022 is in line with the climate policy plans of the government programme 2020-2024 and provides for the reduction of energy demand in the building sector as well as the promotion of the phase-out of fossil fuels. However, this does not lead to a far-reaching reform of the Condominium Act 2002, as had been hoped for in some quarters. According to the explanations in the ministerial draft, this initially requires a long-term discourse, which should not, however, prevent the implementation of the projects listed below. So what is new now?

1. Those who remain silent agree

This is now to be facilitated by a new provision of § 16 Condominium Act 2002, which provides for a presumption of consent for certain privileged measures. This includes the installation of photovoltaic systems on terraced houses or individual buildings, (low-speed) charging devices for electric vehicles (this is a positive application of the relief resulting from the Supreme Court decision 5 Ob 173/19f), shading devices (provided that they harmoniously fit into the appearance of the house), burglar-proof doors and handicapped-accessible designs (stair lifts, ramps). The advantage of the fictitious consent is that, in the case of qualified notification (in paper form or – if requested by the recipient – electronic delivery) with a clear and comprehensible description of the change, the condominium owner’s consent is deemed to have been granted if the condominium owner does not object within two months of receipt of the notification of the planned change.

The fiction of consent is mitigated by § 16 para 5 last sentence Condominium Act 2002, according to which a condominium owner does not have to tolerate a substantial and permanent encroachment on his condominium property even if the project has not been objected to. Although the explanatory notes state that only “really serious and not merely temporary impairments” are covered by this provision, we believe that this is an extremely vague term, the delimitation of which will probably be dealt with by the courts in the future.

2. Obligation to refrain from the use of a single charging station

3. Duty of the administrator to provide information

In order to simplify this and to contribute to the implementation of the notion of consent, the new § 20 para 8 Condominium Act 2002 provides that the administrator is obliged to disclose the names and the addresses for service of the other condominium owners. The prerequisite is that the disclosure is necessary to enforce rights arising from the condominium and that the data is used exclusively for the stated purpose. E-mail addresses are only to be disclosed with the consent of the condominium owner. Although the disclosure of the address for service can still be prohibited, another domestic address or an e-mail address must then be disclosed.

At present, the will of the condominium owners’ association is formed by a majority resolution of the co-ownership shares. Due to the increased use of real estate as investment objects, the participation in decision-making processes has decreased. In some cases, this led to the fact that improvement measures (i.e. measures of extraordinary administration) could not be implemented because the active consent of more than half of the condominium owners (calculated according to co-ownership shares) could not be obtained for this.

In future, it will be possible to participate in owners’ meetings electronically, which is intended to facilitate the formation of wills. It should be noted, however, that only meetings held on a hybrid basis are covered by the law – there is no provision for resolutions to be passed entirely online.

Finally, the minimum endowment of the reserve should lead to more frequent investments in necessary maintenance work as well as structural and technical measures. The background to this provision is the idea that if a corresponding reserve is formed, there is more willingness to make the investment than if the investment is financed as part of a special burden on the owners’ association (for example, by taking out a loan or making special advance payments).

This is to be achieved by standardising a statutory minimum amount for the monthly allocation of the reserve, which is based on the category amount for equipment category D under the Austrian Lease Act and currently amounts to EUR 0.90 per square metre of usable space (but will soon be increased by around 5% due to the statutory valorisation). The undercutting of this amount is only allowed in exceptional cases. On the one hand “because of the special extent of the already existing reserve”, i.e. if the reserve has an extraordinarily high level. On the other hand, if the building has only recently been fundamentally renovated, so that no investment requirement is to be expected for many years. Criticism can be levelled at the vague wording of the exceptions and the fact that the “parking” of money in the reserve in times of low interest rates prevents profitable investments. 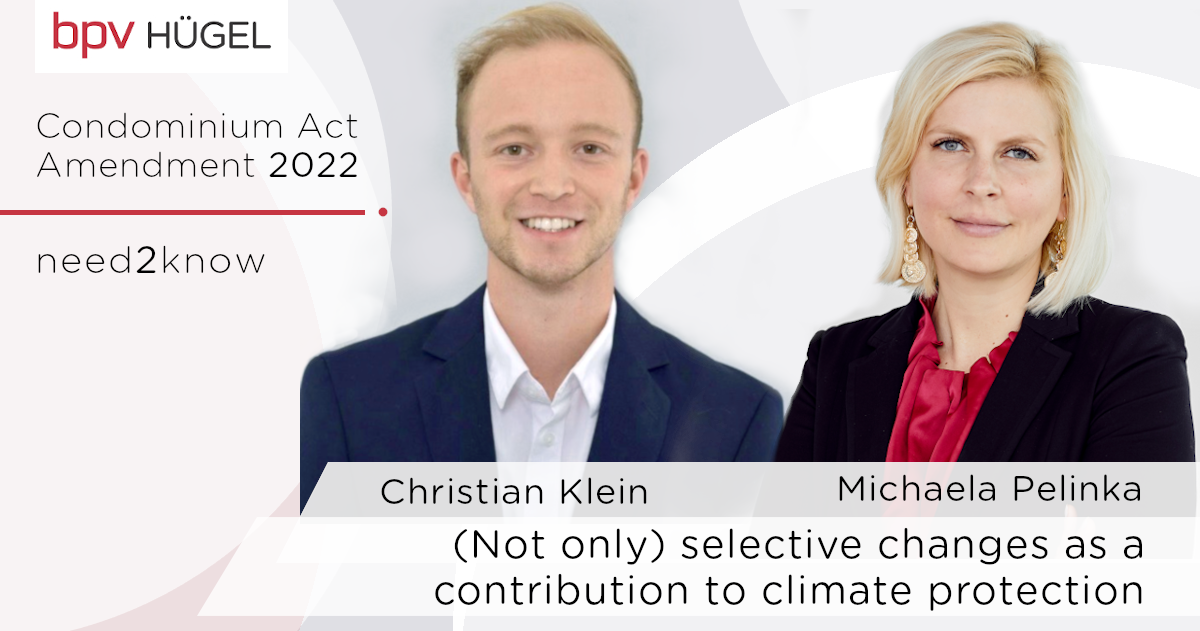