22 June 2020. bpv Huegel advises Level Europe GmbH, on the initiation and implementation of judicial insolvency proceedings. Although booking figures and revenues developed as expected and as planned in the fourth quarter of 2019 and in the months of January and February 2020, this revenue development was halted by the Covid-19 pandemic and the associated entry restrictions and booking slumps. Regular flight operations had been suspended since March 2020 due to the Covid-19 pandemic. For this reason, an insolvency application was filed.

The bpv Huegel team is led by partners Bernhard Schatz (restructuring and insolvency) and Elke Napokoj (corporate/M&A). The team also includes Walter Niedermüller (labour law) and Michaela Pelinka (corporate/M&A). Partner Elke Napokoj already led the team during the attempted takeover of Niki Airlines by Level Europe before it was established and subsequently the founding of Level Europe. 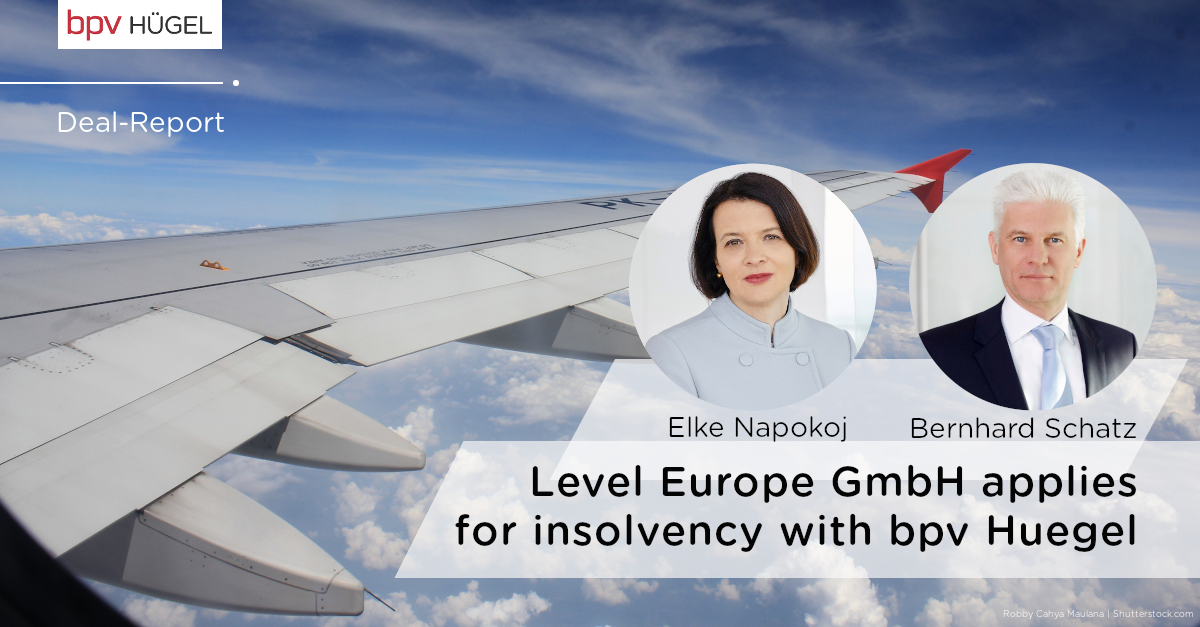