In its current ranking, the industry media JUVE has once again listed the antitrust law practice of the law firm bpv Huegel in the top tier and has also highlighted its “central role” in the market. The antitrust law team of bpv Huegel thus confirms its long-standing top position among Austrian law firms which it has held for many years.

01 December 2020: In its latest ranking of antitrust law, the legal trade magazine JUVE has once again listed bpv Huegel in the top position. It emphasises the extraordinary position of the team as “one of the most respected antitrust law practices in Austria” and the “central role in the important cases”.

JUVE supports the decision with, among other things, outstanding achievements in demanding European and Austrian merger, antitrust and damages proceedings, including digital issues, the fact that for years it has been successful in “winning top-class international companies as clients” as well as its presence in Brussels under the leadership of Gerhard Fussenegger, who is “considered by competitors to be ‘well connected locally’“.

According to JUVE, the exceptional standing of the antitrust practice is also due to Astrid Ablasser-Neuhuber, as a “leading name in antitrust“, with “in-depth expertise in antitrust law“, and Florian Neumayr, as “frequently recommended” in competition matters. The clout of the EU and antitrust law practice is completed by Christian Schneider, whose focus on EU and state aid law is even “stronger than before“, and by Counsel Kajetan Rozga, who moved from Weil, Gotshal & Manges in New York to bpv Huegel.

Astrid Ablasser-Neuhuber, head of competition and antitrust at bpv Huegel, underlines the continuity of performance, especially in challenging times: “Top positions are easier to achieve once than to keep them for decades. We are all the more pleased that this has been recognised in relevant professional circles”. Florian Neumayr, head of the firm’s antitrust private enforcement group and co-managing partner emphasises: “Especially in these special times, the trust of our clients is both confirmation and motivation for us“. 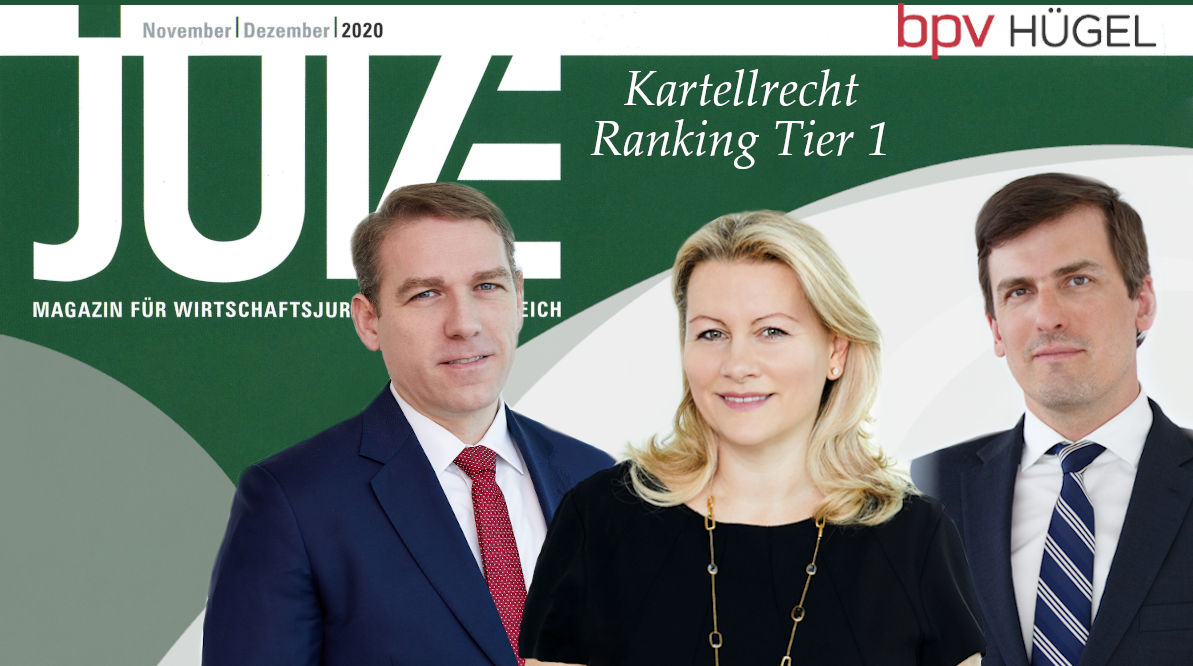